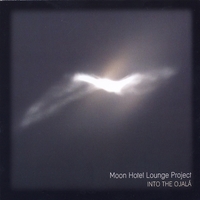 TOM MOON has been a frequent guest on Radio Times. When he was the Pop Music critic for The Philadelphia Inquirer, he had been part of a panel on great guitarists; upon last year’s closing of Philadelphia’s hockey stadium/concert venue The Spectrum he weighed in on memorable shows with us. Moon’s 2008 book “1000 Recordings to Hear Before You Die” was a fun opportunity to play our favorite music and be introduced to new music. We turned to Tom when Michael Jackson died. A journalist for Rolling Stone, GQ, Spin, Blender and the aforementioned Inky, Moon still files pieces for NPR’s All Things Considered. But Moon’s talent for music writing isn’t called on as often now, a casualty of the declining dailies and a sign of the constantly evolving music business. Tom Moon is also a musician. He had been playing saxophone before his twenty years at the Inquirer, having toured with the Maynard Ferguson Orchestra, before writing became his main focus. We’ll listen to selections of Moon’s second album “Into the Ojala” (“Sentiments by Rote” came out in 1988), created as a Moon Hotel Lounge Project with his producer, guitarist KEVIN HANSON, formally of Huffamoose and currently of Philadelphia’s The Fractals.

The music education organization has given away thousands of instruments to schoolchildren out of its Center City storage unit.

Charlie Brown Christmas onstage, Jane Lynch swings, and more in this week’s ‘Things to Do’

Jane Lynch and Charlie Brown’s musical Christmas anchor this weekend’s events in and around Philadelphia.

America’s only woman director of a major orchestra (the Atlanta Symphony), Nathalie Stutzmann debuts as principal guest conductor of the Philadelphia Orchestra.