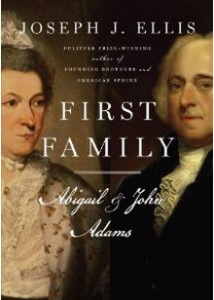 John and Abigail Adams’ marriage was spent apart as much as they were together. Documenting their letters to each other when John was in Philadelphia and Paris and Abigail in Massachusetts is a favorite topic for professional and amateur historians.  Pulitzer-prize and National Book Award winning biographer, JOSEPH ELLIS looks at the famous correspondence of “the premier husband-and-wife team in all American history” creating his narrative of their relationship and its influence on early American policy. Ellis has tackled early American history in the past with “American Sphinx,” “Founding Brothers” and “American Generation.” In his new history book and love story of burgeoning America, “First Family: John and Abigail Adams,” we follow the life of John and Abigail before the Revolution through Adams’ turn as the United States’ second president.