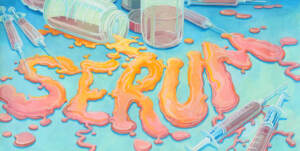 A Black doctor, a potential cure for AIDS, and the quest to find out what happened to it.

A production of WHYY’s The Pulse and Local Trance Media

Gary Davis, an Ivy League trained Black physician from Tulsa, Oklahoma, had one passion: to find a cure for AIDS. For years, he had witnessed the virus kill his patients and members of his community. He started his research in the early 90s, working with goats to tap into their strong immune response to the HIV virus. He rented a lab and collaborated with scientists at Tuskegee University. Within a few years, Davis brought his research to the FDA to start a clinical trial — but just hours before it was supposed to start — his trial was shut down. Davis had powerful critics, among them NIAID director Dr. Anthony Fauci. He also had many ardent supporters, who had heard about the serum and its potential. Some sued in court to be allowed to try it, while others chose to ask for forgiveness rather than permission to get their hands on it.

Davis eventually took his work abroad, chasing a way to develop this cure, conducting human trials in Africa, forging dubious alliances with international investors, celebrities, sports stars, cult leaders and dangerous con men.. When Davis died unexpectedly, without ever being able to bring his cure to all who needed it, many of his followers suspected foul play.

What was the true potential of Davis’ serum — and who are the people who say it saved their lives? And why were U.S. health agencies so quick to dismiss it?

Reporter Grant Hill spent two-and-a-half years on Davis’ trail, speaking to his family, patients, friends, and foes. He uncovered a tangled web of global connections, suspicion, and the persistent hope that the serum will yet see the light of day.

Brought to you by Serum

A Black doctor, a potential cure for AIDS, and the quest to find out what happened to it. A limited run podcast production of WHYY's The Pulse and Local Trance Media.