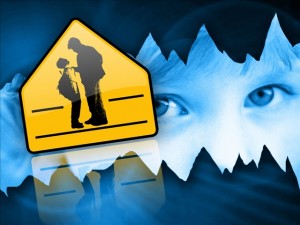 Last week, national outrage and heartbreak greeted the shocking story of a Rutgers University student who jumped to his death off the George Washington Bridge, after his roommate posted online hidden-camera footage of a sexual encounter with another man. We’ll talk about the tragic death of freshman Tyler Clementi. But Tyler’s suicide followed a string of suicides of teenagers who either were gay or were perceived that way by schoolmates, and who were relentlessly taunted and bullied because of that. Statistics indicate that lesbian, gay, bisexual, transgender and queer students, known collectively by the acronym LGBTQ, are 4 times more likely to kill themselves than the rest of the population. And when those students are rejected by their families and/or kicked out of their homes, LGBTQ students are 9 times more likely to kill themselves than their peers. We’ll talk with syndicated columnist DAN SAVAGE about his high-profile response to this crisis, the “It Gets Better Project.” And we’ll talk about bullying – and cyberbullying – that is too often directed at LGBTQ youth with WARREN BLUMENFELD, associate professor of Curriculum and Instruction at Iowa State University, who just completed a study of cyberbullying and gay students. And we’ll talk to ALLISON BUEHLER, education manager of the Mazzoni Center here in Philadelphia, who leads the Mazzoni Center’s ALLY Safe School Program.